I set up ESP01S with relays to manage my pilot wire for my heating. As you know the problems of unexpected restarting "Hardware watchdog".
I wanted to set up a rule of return in the state for the GPIO0. To do this on restarting by using a variable with a "Generic - Dummy Device".
Except that my rule is applied even if the condition is false.

Here is the rule:

And This is a second rule to interact with my Domotic:

when i remove the first rule, if the GPIO0 was ON at reboot the Dummy/Value is correct (set to 0) and the GPIO0 set to 1

Would anyone have an idea

Why not set the GPIO state in the System#Boot event?
Then you know for sure no other event has happened before you made the test.
Sponsor ESP Easy, we need you

I need to understand your setup. Do you have a physical switch or is the switch plugin used for the relay?
ESP Easy Flasher [flash tool and wifi setup at flash time]
ESP Easy Webdumper [easy screendumping of your units]
ESP Easy Netscan [find units]
Official shop: https://firstbyte.shop/
Sponsor ESP Easy, we need you

TD-er wrote: ↑20 Dec 2019, 15:18 Why not set the GPIO state in the System#Boot event?
Then you know for sure no other event has happened before you made the test.

Thank's for you replys.


grovkillen wrote: ↑20 Dec 2019, 15:25 I need to understand your setup. Do you have a physical switch or is the switch plugin used for the relay?

Ok more details:
I use a Domotic system (Jeedom) to control 4 heaters with 4 Oregon temperature sensor, for each one i have 4 ESP01S + Relay conncted to the pilot wire of the heater

On the Jeedom i have a scenario:
Example for the Room1 : If Temp room1 (Oregon temp sensor) is <20 then "http://IP_of_the_ESP1S/control?cmd=event,radia1_on" (action to power ON the heater)

On the ESP01S i use 2 devices : 1 x "Switch input - Switch" to control the GPIO0 and 1 x "Generic - Dummy Device" to have the last state on a unexpected reboot

So with the rule if the ESP01S reboot unexpectedly, it will check the last state and return if he needs it

I hope it's more clear

This is the ESP01S + Relay that i use 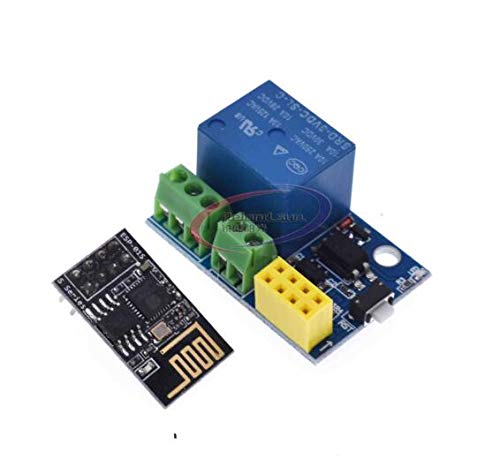 That would do it right?

Nice try and so simple, but... it doesn't work.

It's weird...
What i see on devices the Value and state are twice on 0 on the test Power OFF, as if the second rule had been played:

It's the only way to set and change the value of the dummy...

Edit: Not at all, i set Power OFF on ESP01 => Value and state = 1, deleted the second rule, power off and power on, at boot the GPIO0 change also to state 0 (and the Value and state are twice on 0)

Something else, to work with ESP01S the relay need to be shorted with a resistor (100 Ohms) between GPIO0 and Vcc and shorted with a cable between CH_PD and Vcc

Is there a cause and effect link ?

Edit2: Ok I think I have found out why : i have changed the first rule to see what append to this :

To have time to see the value, and ohh surprise the dummy/value return to 0 even if he was set to 1

Is it normal ?
Top

Finally it's normal, settings will be lost during a power OFF("Hardware watchdog") but not during a manual reboot (warm reboot)

I had already thought of a solution via the domotic Jeedom :

Other discussion found on the forum about that: viewtopic.php?t=5692

Users browsing this forum: No registered users and 6 guests