From Let's Control It
Jump to navigation Jump to search 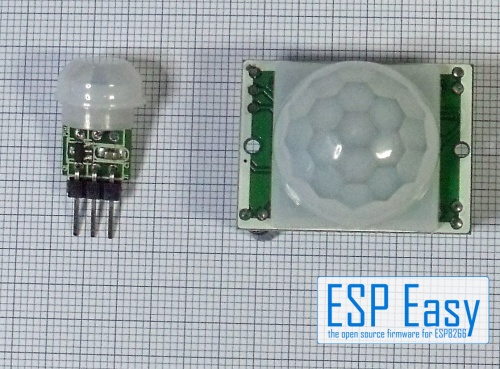 How does it work?

The PIR sensor consists of several infrared detectors that build "zones".
If a heat source like a human moves from one zone to another it is detected
and the sensor triggers.

Both sensors shown need 5V..12V power supply. They have a 3,3V voltage regulator on board.
Level converting is not needed. If you use other PIR sensors please check if they have
3.3V - outputs or if level converting is necessary.

For connecting follow the given schematics as shown in the pictures. 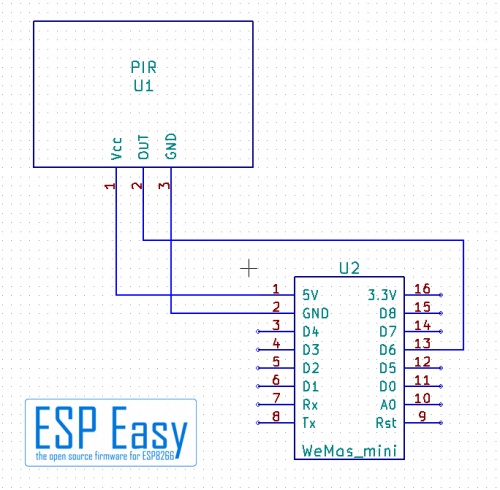 The MiniPIR sensor has no further hardware settings. 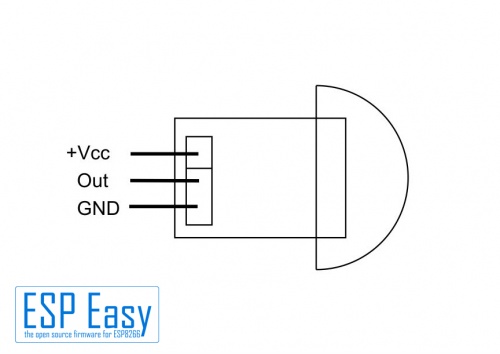 The HC-SR501 has several settings: 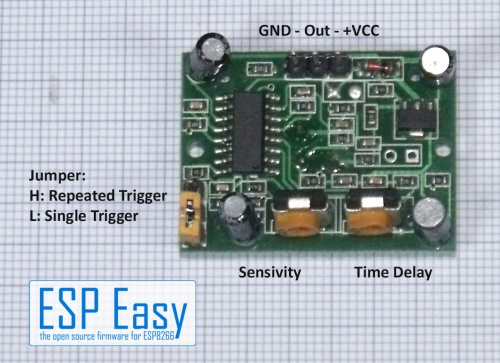 You may adjust the sensivity and the "hold delay", the time the signal stays high
after a moving person was detected.
The jumper selects the trigger mode.If it is set to "Single Trigger" the sensor triggers once
and then waits until the delay time is over before you can trigger it again.
If you select the "Repeated Mode" (retriggering), every detection restarts the delay time, no matter
if it still was running or not.

As these sensors give a logical high/low signal they are connected as a switch.

Set up the ESPEasy task according to the screenshot.
If you have chosen other GPIO pins set them accordingly.

In order to prevent the ESP Easy from sending an update every second, flooding your home automation system, you can set the delay higher.
A change in value, in case motion is detected, will be send anyway. Even if the delay is not yet expired. 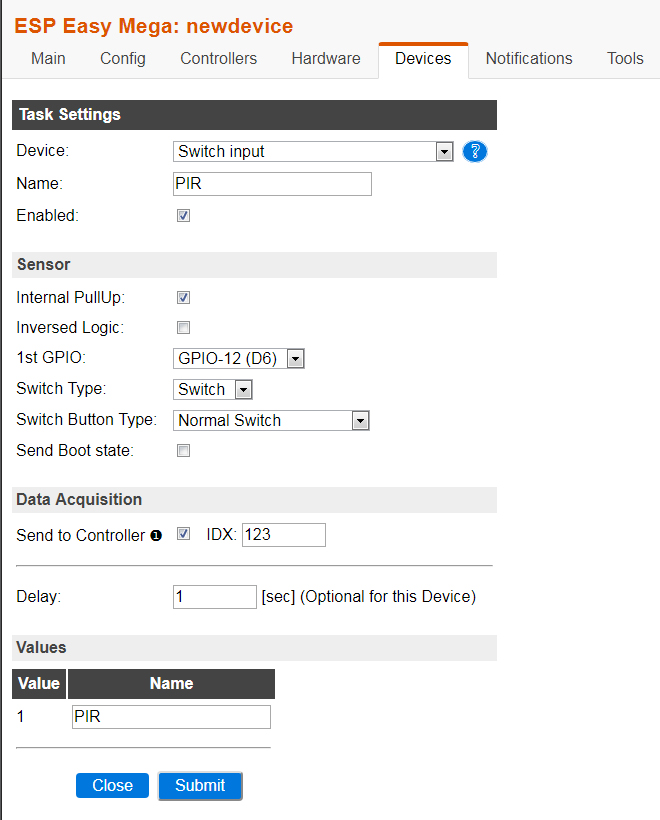 Some people reported many false positives with the HC-SR501.
An additional 10 KOhm pull-up resistor from the Output to 3,3V might help.
Also a capacitor of 10...100µF as near as possible at the Vcc/Gnd-pins helps taming false positives.